“She does not meet the Jones Criteria,” with this proclamation, the pediatric rheumatologist delayed my daughter’s Juvenile Spondyloarthritis (JSpA) diagnosis by fourteen years.

Britt was a happy blue-eyed baby, exhibiting wit and opinion early on.  Repeated tear duct infections and occasional unexplained mouth sores were a puzzlement. Then she took a flight over her bicycle handlebars in the summer of 1992.  I gently dabbed at the scratches on my adventurous little seven year old, and gasped as I brushed back her hair.  She had a huge protruding bump from the bridge of her nose to her hairline. Off to the hospital, and a scan revealed the hairline skull fracture.  At first glance, the ER staff assumed she’d been hit by a car.  A terrible fright, but as these things go it was not so severe.  No bleeding into the brain, and they told us to expect Racoon Eyes.  Turns out her immune system took the brunt of the injury.

A few weeks later, she came down with Strep Throat.  Not alarming, of course.  However, her immune system had a mind of its own.  She was treated with Amoxicillin, and within 2 days of completing the antibiotic course, the fever, sore throat, and headache of Streptococcus would return.  Repeatedly.  During the course of these infections, the one available doctor in our small town only tested her for mononucleosis.  I know with all certainty she had strep, but could not have known how pivotal this detail would become.

Our family has a predisposition to Streptococcal infection.  My father and uncle suffered severe strep infections in the years before antibiotics, with throats swelling nearly closed.  As a child I was severely ill at my first onset, and had repeated strep infections as a teen.  My brother is also succeptible to strep and becomes seriously ill.  My strep led to Mononucleosis, while Britt’s led to Rheumatic Fever.

Instead of recovering from strep, Britt became more seriously ill.  She had nosebleeds at night, sores at the corners of her mouth, needed long naps, lost 5 pounds, and most significantly, developed a large swelling in her neck.  When our doctor declared this to be mini Mumps, I took her to another family physician in a nearby town.  He was so alarmed that he arranged a same-day appointment with an otolaryngologist in Austin, our nearest city.

He took Britt’s history and did a fine-needle biopsy of the nodule, which revealed little due to lengthy Amoxicillin treatment.  He prescribed a strong dose of Augmentin, and said let’s try this for a week.  After that week, the nodule had not changed, so he hospitalized her.  Seven days of intravenous antibiotics had no effect on the large nodule, so he performed surgery.  Our fears ran high, because we did not know for sure that this was not a tumor.  And to keep us calm, the hospital business office phoned her room the morning of surgery, demanding $600.  I may have let fly, but this is clinically unconfirmed.

Surgery revealed a sizable abcessed lymph node.  Combined with her unusual sypmtoms in the days prior, this fits the profile of Rheumatic Fever.   Britt came home from the hospital with a surgical drainage tube protruding from her neck.  She continued antibiotics, and we had to manipulate and carefully clean the tube twice daily.  I have a thing about necks, and cannot stand a tight collar or necklace.  But you better believe I put on my Calm Parent Face and did what needed to be done.  She started Second Grade with the tube, a large neck bandage, and a box of 64 crayons.

About six weeks later, Britt crawled to our bedroom in the middle of the night.  Her wrists and ankles were locked and painful.  Somehow, we never cried through this, just calmy made decisions, remained optimistic, and held on to what was good.  Our new family doctor saw her that morning, and again arranged a swift appointment with an orthopedic surgeon.  The orthopedist took Britt’s history, and also noted a fine, pinpoint red rash on her thighs.  Lab tests were normal, but for an elevated ASO titer, indicating recent streptococcus infection.  This is remarkable in that a few weeks had passed since the active infection.  His assessment was reactive juvenile arthritis, and that clearly she’d had Rheumatic Fever.  He arranged an appointment with a visiting Pediatric Rheumatologist, four months out.

Rheumatic Fever is considered rare these days, but that doesn’t preclude the possibility.  I was  sobered to find my daughter’s second grade photo when searching the diagnostic criteria for this article.  On a positive note, I am grateful my original blog post related the diagnostic tale.  She is the little Second Grader at right, in a 1990s floral dress, with remnants of Racoon Eyes and a scar on her neck.

Awaiting her appointment, Britt continued to have painful joints that would lock up, including her wrists, ankles, hips, and rib joints.  Some days were better than others, and she did well enough with strong doses of ibuprofen.  Sitting in school would make her stiff, and oddly enough so would a warm bath.  She never cried, and really only needed help after her bath.  I’d wrap her in a thick, warm towel, and tried to not make a big deal over the seemingly new normal.  We prayed this were temporary.

The Pediatric Rheumatologist was seeing patients in an open, corner section of the main entrance at the hospital.  She wore a red business suit and heels, and brought this kind of warmth to a child in pain and a mother with questions and fears.  I explained her history, and that the orthopedic surgeon believed she’d had Rheumatic Fever.  She haughtily declared that Britt did not meet the Jones Criteria for diagnosing Rheumatic Fever.  This was January 1993, when in fact the Jones Criteria were updated in 1992.  She met the revised criteria.

She diagnosed Britt as hypermobile, but declared she did not have juvenile arthritis.  I explained that every time we tried to slightly reduce her dose of ibuprofen, she would have definite backlash in pain and stiffness.  Despite all presented, she ordered no follow-up appointment, x-rays, or labs.  We were on our own.  I dug through dusty volumes on arthritis, in the back of our small-town library.  I found only anecdotal paragraphs on Juvenile Arthritis.  My only resources were direct information from doctors, or books.  Let that sink in for a while.  How fortunate we are today to immediately find and share information.

Britt continued to have symptoms that would wax and wane, and in retrospect, recalls how often she had lower back pain sitting in elementary school.  The presumed reactive and temporary arthritis never quite went away.  When she was ten, I scheduled an appointment with an adult rheumatologist in Austin.  I related her history, and explained that her symptoms had continued off and on.  We just needed an answer, and a plan of management.  Instead, I was firmly told, “You don’t want your child to have juvenile arthritis.”  That was the depth of his curiosity, and his only accurate observation.

We moved our family to Alaska in 1996, just because.  Britt’s “arthritis or whatever-it-is,” as we came to call it, moved along with the family.  We found an excellent pediatrician, and as her joint problems continued, he scheduled a visit with a visiting pediatric rheumatologist from Seattle.  Again, this was quite a wait, but this doctor was helpful.  Given her history of strep, and extensive physical exam, he believed she had “one of the Spondyloarthropathies.”  Still, when her labs showed her to be negative for HLA-B27 marker, definitive diagnosis still eluded us.

So I became an eMom, searching on my beige Mac Performa 6320 through long winter nights.  I learned how to spell Spondyloarthropathy, read about the family of related diseases, and understood the process of her ligament pain known as enthesitis.  Despite the negative HLA-B27 result, so many things fit with the rheumatologist’s assumption.  Still her diagnosis was not proven.  What we did gain was confirmation that something rheumatic was present.  After a time, she saw an adult rheumatologist in Anchorage and some first-line arthritis meds were tried.  These did not agree well, and ultimately she was only able to handle the prescription anti-inflammatory Celebrex, and Tramadol for pain.

Britt can best paint the picture from her teens through age 20, when her diagnosis was finally confirmed.  We had relocated home to Texas, while she was finishing college in Montana — and struggling mightily.  She would call me and just say, “Start talking, Mom,” because her lower back pain was so intense.  So many times, we feared this would be the moment she would have to quit school, and we would move her back home.  However, quit is not in her vocabulary:  she speaks resiliance and adaptation.

In Montana, she came to a point where an oncologist was the only available physician who could see her.  The resident rheumatologist had been quite dismissive of her health complaints.  The oncologist told her she needed to get to the Mayo Clinic or NIH, and said, “I’m sure your parents are concerned at seeing their daughter deteriorate.”  At that, I cried.

We flew her to Dallas to see a top rheumatologist, and given her full history, he definitively diagnosed her with Psoriatic Arthritis (one of the spondyloarthropathies).  She began a biologic, and complimentary meds.  Validation of pain and suffering, and possibility was profound.  Her diagnosis has since been amended to Undifferentiated Spondyloarthropathy.  Radiography confirms the diagnosis, while available lab tests of course do not.

My message to patients, parents and physicians is remain curious. Be persistent. Do not make assumptions.  Consider the whole patient and full history.  No symptom is insignificant.  Keep researching your own condition.  Don’t be put off if a healthcare professional is condescending toward an informed patient.  Be cautious with infection, specifically Streptococcus, which can sometimes be deadly.  More and more research reveals the correlation between streptococcus and other bacterium with autoimmune arthritis onset.  Trauma itself also recognized as an autoimmune trigger.

Researchers are also finding more and more genes directly involved with the spondyloarthopathies.  HLA-B27 is present in some populations, while new discoveries pinpoint the IL23R and ERAP1 genes as key in others.  The latter two have recently been discovered in my genetic profile, and undoubtedly were a potent mixture in my daughter’s onset.

I have great hope that with expanded testing, fewer patients will have to wait more than a decade for diagnosis and aggressive treatment. If one family benefits, or one rheumatologist learns from my daughter’s story — my soul is happy.

4 thoughts on “How Strep resulted in Juvenile Arthritis” 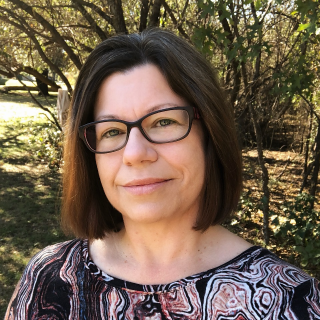